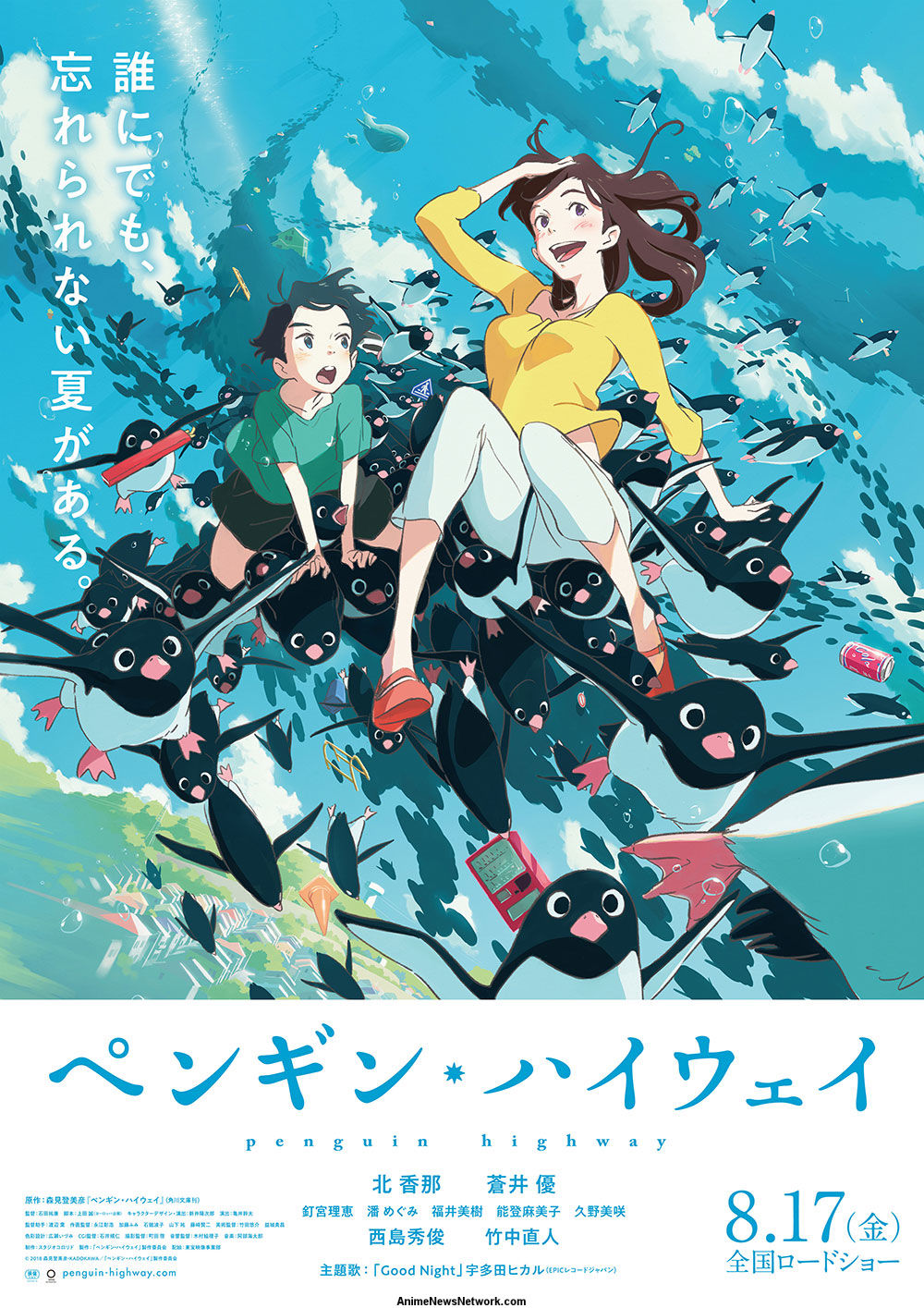 This is another movie that I already wrote a review for back in October, but needless to say it’s easily the most unexpected movie to reach my Top 10 by a long shot. I’d never even heard of it before I chose to watch it and I’m usually generally on top of anime movie releases.

The movie itself is about a very very precocious kid, who styles himself as a would-be genius, and his attempts to scientifically solve the multiple mysteries of strangely appearing penguins everywhere, a hole in space/time and why boobs are so appealing (because Japan and/or puberty). Weirdly enough, if I had to put any kind of genre label on this movie, it’s technically kind of a Mystery. (That is to say a movie in the Mystery Genre, not that the genre is a… you get the idea.) There are no dead bodies, but there is a strange mysterious problem, clues are slowly gathered about it over the course of the movie and the protagonist eventually brings it all together in a big eureka moment. But while it has kind of a mystery template to it, it doesn’t really feel like it sums up everything this movie is. But I covered that more in my initial review

Anyway, needless to say, I loved the hell out of it. It was weird, quirky, funny but with a real sense of intelligence and profoundness beneath the surface. The characters were lovable, the mysteries mysterious and overall just a really pleasant surprise that I didn’t expect in the slightest. It was written by the same person who wrote ‘The Night is Short, Walk on Girl’ (aka my favourite movie of 2017) and while this movie doesn’t quite have Yuasa’s beautifully vivid directorial style to compliment it, it’s still a damn strong story that made for a damn unexpectedly enjoyable movie.

I’ll admit it might not be for everyone (and, unlike Funan, I don’t have any expectations for it at the Oscars next year), but as my obligatory obscure unexpected animated favourite for the year, I’ve still got to recommend to anyone who’s interested. If you get a chance this year, give it a try, especially if you enjoyed Night is Short. You might be pleasantly surprised.