Best Picture: Gone with the Wind

Eh, not much important of importance.

Alright fine, a lot of important things happened this year. In fact, one of the earliest events of the year was the Pope fucking dropping dead of a heart attack, if that’s going to be any good indication of what’s coming next.

If you want the quick summary, Germany finishes annexing the rest of Czechoslovania, in spite of telling everyone else that they wouldn’t. Then they annexed  parts of Lithuania, before going on to invade Poland and, well, you know the rest. Also, if you need any more proof that Hitler was practically a supervillain, he implimented a plan this year to create a Germany fleet capable of matching the Royal Navy called, no joke, Plan Z. That’s not the name you give a war plan, that’s a cheap 60’s sci-fi movie covered by Mystery Science Theatre 3000. Also, Neville Chamberlain had to make a speech partway through the year stating that Britain would oppose any effort at ‘world domination’ on the part of Germany. Which I feel like should’ve brought up a few red flags somewhere.

Also, you’d think that all the Nazi stuff would be the most fucked-up story I found this year, but you’d be wrong. No, that honor goes to a 5-year-old Peruvian girl who successfully gave birth to a baby boy becoming the youngest confirmed mother in history. Which I think I can sum up very simply with ‘hyuuuuuuugggh.’

As a palette cleanser to that particularly fucked up note, on the lighter weirder stories of the year, apparently a newspaper reported that one of the major student fads of the time was swallowing live goldfish, proving that it’s not just the 2010’s that have newspapers reporting on ridiculous student fads that may or may not actually be real. Also, there was a large belief across the US that Hitler might’ve died when he was suddenly cut-off mid-speech by a technical fault, proving that stupid celebrity death hoaxes also aren’t something new. Also, Batman became a thing! Y’all like Batman, right? Thought so.

In addition, 1939 is largely considered one of the best years for film in Hollywood‘s history, with a plefora of classics like The Grapes of Wrath, Of Mice and Men, The Wizard of Oz, Gone with the Wind, (weirdly enough, both of those last two were directed by the same guy, Victor Fleming), Mr Smith goes to Washington and, of course, the movie I’m covering today.

Also also Al Capone got released from Alcatraz because he was dying of syphilis. Not entirely sure where that fits into things, but I felt it worth mentioning?

…You know, between this and Popeye’s ‘Blow Me Down’, I feel like I have to ask why the most entertainingly batshit shorts I cover always end up being the most clearly racist?

Okay, to lend a little bit of context to that remark, The Three Bears a retelling of the Goldilocks story that dares to ask ‘What if the Three Bears were all really embarrassing Italian stereotypes?’ Seriously, even you’ve seen or heard of this short before, chances are you may have heard of its most famous line, as the father bear proclaims loudly ‘SOMEBODY TOUCHA MY SPAGHETTI!’ Needless to say, the accents in this movie are… quite embarrassing from a modern perspective.

Which makes it all the more awkward that I legitimately kinda enjoyed it?

Now admittedly, at least part of that is me enjoying it on an ironic level, because there are a lot of things about the cartoon that aren’t particularly good. The bear’s accent is an obvious one, but the characters designs are somewhat ugly and the animation is pretty rough in place, but it’s the kind of roughness that at least has the decency to be amusing in its faults. And honestly, I was so floored by how over-the-top stereotpyical those accents were, that I couldn’t help but enjoy it a bit. Plus, there were legitimately good moments of slapstick here and there, including some of the stuff with the hunter and his dog. While there are lot of things I could criticise it, it legitimately kept me hooked for its entire runtime and that’s a pretty impressive thing to do.

So yeah, in spite of my better judgement, I did enjoy this for both the wrong reasons and the right. Which I guess says something about me? Still, it didn’t quite hit the same of level of batshit craziness as Popeye, but I’ll still give it a strong (and probably stronger than it deserves) A- 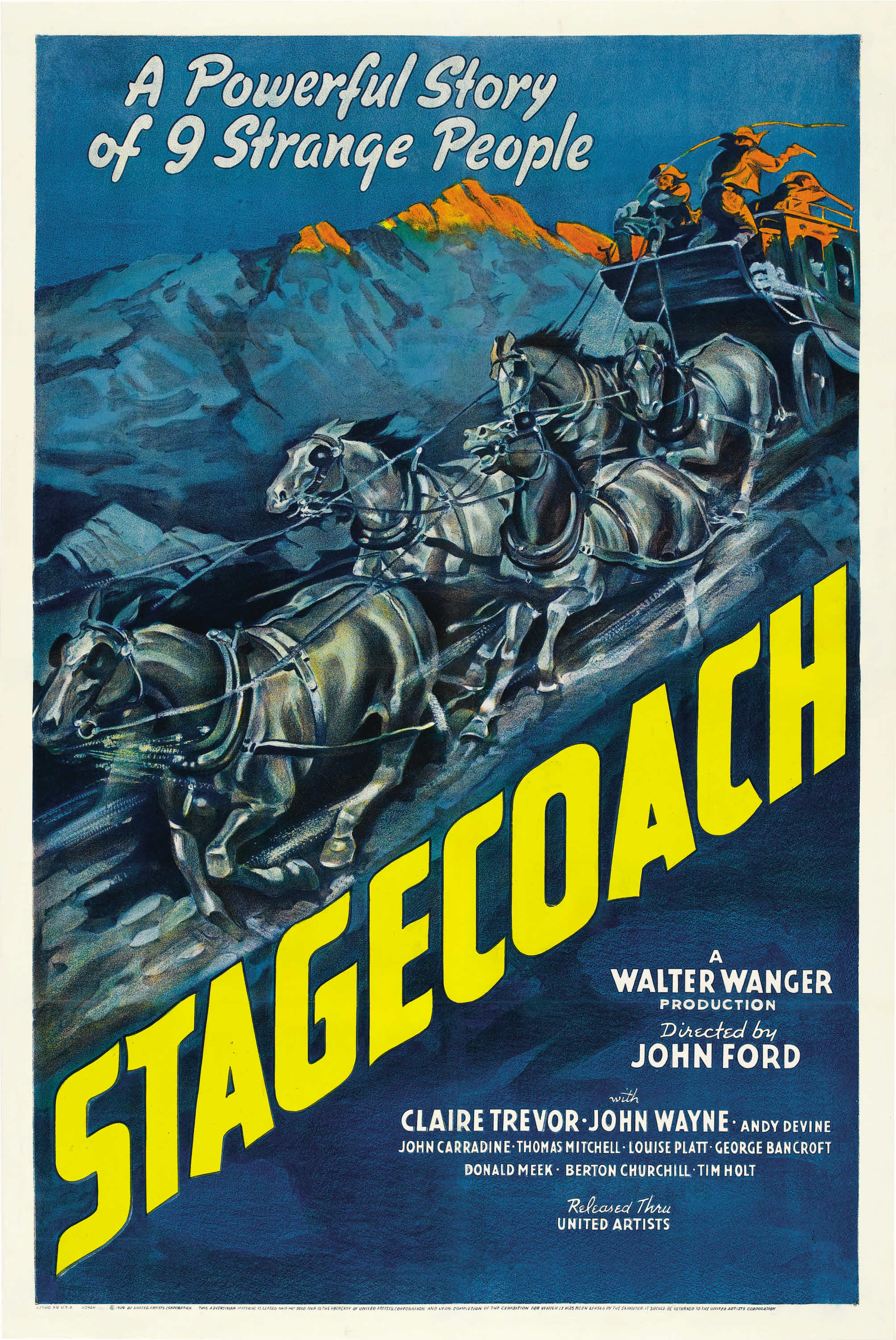 Plot:  A group of strangers make a lengthy journey across the Wild West together in a Stagecoach. Things go wrong. Lots of things go wrong.

Trivia: Orson Welles argued that Stagecoach (1939) was a perfect textbook of filmmaking and claimed to have watched the film more than forty times in preparation for the making of Citizen Kane (1941).

Fuuuuck yes, this was good. Soooo good. This movie has often been called the granddaddy of the western and I can definitely see why, because it’s a really damn good film. The story itself, about a group of relative strangers sharing a stagecoach as they travel through dangerous territory, is a fairly simple one but it works fantastically with what’s given and, in some ways, the simplicity is a large part of what makes it work. Because ultimately, this whole movie is about the characters and the way they bounce off one another and learn and change along the way. And good God, the characters are good in this movie. Almost every single one of them made an impact on me one way or another and they bounce off each other perfect. It’s so well written and well acted that you can’t help but feel like you get a strong sense of each character, even the asshole ones.

It’s also this strength of character that makes the action hit all the stronger as well. The infamous stagecoach chase is famous for a reason, but a large part of that reason is not just John Ford’s tight and tense direction, but also how much we come to care for these characters along the way and how we don’t want to see them come to harm. Which, in a lot ways, is how you create some of the best action sequences. Not just from interesting choreography and strong direction (although those definitely help) but from creating characters who we legitimately come to like and putting them in situations where they feel like they’re in actual danger.

Honestly, this movie is considered a masterpiece of its genre and I honestly feel like it deserves to be considered so. It may not be uber-tragic in-your-face melodrama, but it’s a good story told really really well and ends up being all the more entertaining for it. A+