Best Picture: You Can’t Take it With You

What’s that up in the sky! Is it a bird? Is it a plane? It can’t be the Hindenburg, that crashed last year. No, it’s Superman! That’s right, the man of steel and archetypal superhero made his first ever appearance in Action Comics this year. Funnily enough, three days period also saw the first appearance of Donald Duck’s nephews, Huey, Dewey and Louie. That’s right. Huey, Dewey and Louie have technically been around for longer than Superman. How’s that for a Duck Tale (whoo hoo.)

Unfortunately, as one might expect from the year right before WWII started, the vast majority of the big news that year was dedicated to the increasing tensions between the Nazis and the Allies, in particular on the matter of Czechoslovania. In most history lessons, the annexation of Czechoslovania is often kinda skipped over in much detail, but the build-up to the Nazis eventually taking it was a major focus of the year. It was fairly widely known that Hitler had his eye on it, but it was a constant question as to whether he’d actually go through with and if Britain and France (ostensibly sworn to defend the Czechs) would react. Hell, the last of Nuremberg Rallies ended up getting worldwide attention because it was widely speculated that Hitler would make his intentions on Czechoslovania known at then end of them (and isn’t that a depressingly familiar sight these days).

There were military build-ups, seemingly false alarms, negotiations and a lot of infighting on both Allies and Nazi side on whether they should actually go through with it. Winston Churchill in particular was a large advocate in favour of intervening against the Nazis, but was overruled by then Prime Minister Neville Chamberlain, who infamously made the ‘peace in our time’ comment this year following the Munich Agreement, which allowed Germany to annex the german-speaking Sudetenland provence of Czechoslovania. In the end, the Czech government were told that Britain and France wouldn’t help and that was that. In related news, not long after, Kristalnacht (the Night of Broken Glass) happened as Nazi activists looted and burned various jewish-owned shops and establishments. Oh, and Hitler was announced as Time’s Man of the Year.

On more positive news, I guess, the minimum wage was first established as law in the US and nylon was first given its name. So, whoo for fans of nylon, I guess.

This is a sentence I never thought I’d ever say but, honestly, I preferred the feature length version with John Cena.

Seriously though, for all the hype this got as a classic animated short, I was somewhat underwhelmed. For one, and while I do hate to pigeonhole cartoons like this, it’s got to be said, it’s not amazingly funny. It’s very slow paced and the one joke (Ferdinand is a giant bull but won’t fight and instead sniffs flowers) is very much overplayed and not much interesting is actually done with it. And it doesn’t have much to boast about on the dramatic side either. Reading it as a pacifistic fable doesn’t really work, since the cartoon doesn’t really treat Ferdinand as ‘in the right’ for refusing to fight. He just comes across, at best, as a massive simpleton and a worst seems downright smug about disappointing the various bullfighters attempting to goad him. He’s not really all that sympathetic, to be honest. And while this may just be me reading too much into things, part of me can’t help but wonder if that was the point.

After all, this short was created literally the year before WWII and, with said war lingering over the horizon, a pacifistic moral isn’t exactly the thing you want to start spreading to your citizens/soldiers. Hence why Ferdinand doesn’t come off as much of a hero, more like a flower-obsessed smug weirdo. Then again, maybe this is just me reading too much into things, since the war hadn’t actually started yet. Still food for thought.

In conclusion, I really wasn’t joking when I said I preferred the more modern animated remake of this story. While said remake has its share of problems, it does also actually have a theme and a good message and works to deliver said message at least reasonably well. This, on the other hand, genuinely didn’t know what it was trying to say. It wasn’t funny enough to be a mindless cartoon and wasn’t deep enough to be anything else. It wasn’t terrible, but it was particularly good either. I’d just give it a C-. 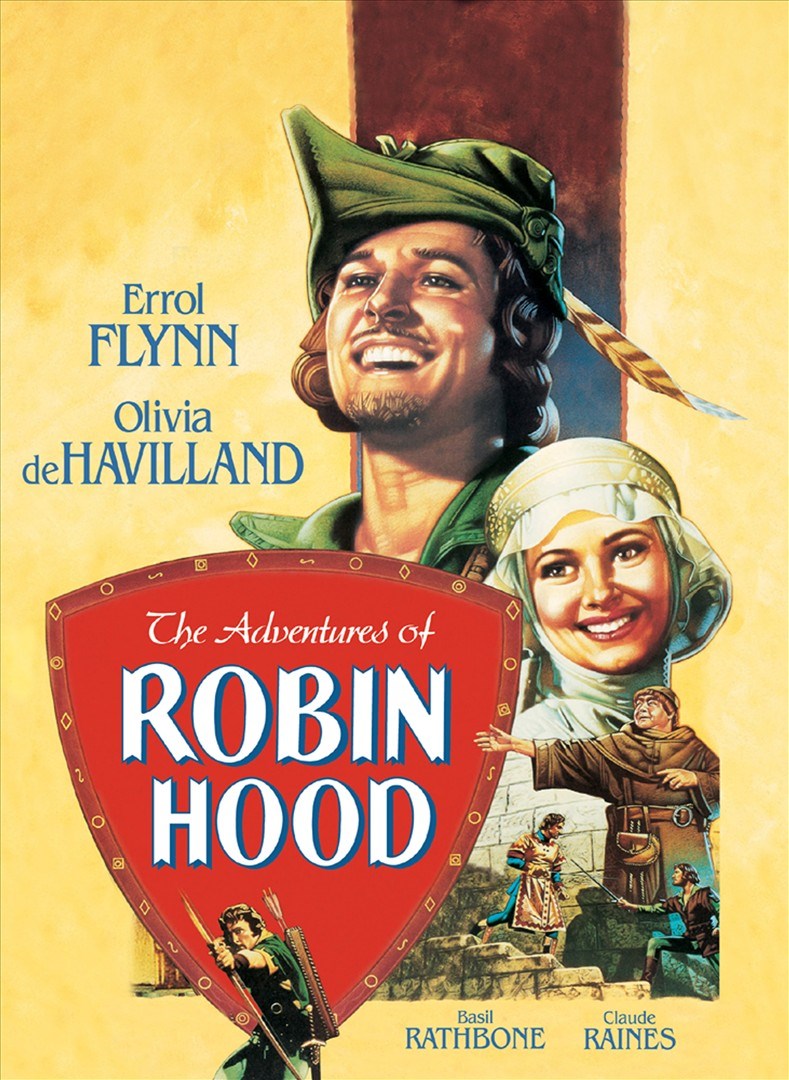 Trivia: During one fight sequence, Errol Flynn was jabbed by an actor who was using an unprotected sword–he asked him why he didn’t have a guard on the point. The other player apologized and explained that director Michael Curtiz had instructed him to remove the safety feature in order to make the action “more exciting”. Flynn reportedly climbed up a gantry where Curtiz was standing next to the camera, took him by the throat and asked him if he found that “exciting enough”.

Huzzah for the first colour movie on my list thus far! And it’s honestly a fairly fun one, in spite of its age. Most 21st century adaptations of the Robin Hood mythos tend to try and ‘modernise’ it by making it dark or gritty or ‘realistic’ and usually just ends up either painfully dull or hilariously campy in completely the wrong kind of way (*cough* Robin Hood (2018) *cough*). This movie on the other hand, fully embraces the campiness of the legend, green tights and all, and honestly ends up all the better for it.

But yeah, I really did enjoy this movie a lot more than I expected. In a lot of ways, it’s almost a proto-blockbuster, with light-hearted humour, easy-to-follow story and some great action. Errol Flynn is suitably cheery and bombastic in the titular role and Claude Rains and Basil Rathbone make a great villainous pair as Prince John and Guy of Gisborne respectively. The latter in particular is responsible for one of the best action sequences in the film, as he and Robin go toe to toe in a swordfight that would put the Pirates of the Caribbean movies to envy. I’m so used to modern blockbuster swordfights being a mishmash of sharp edits and close-ups that make it difficult to tell what’s going on, so it’s really nice to just sit back and see a straightforward, astoundingly well choreographed sword fight go at it. Special credit should also go to the score which is some fantastic swashbuckling stuff by the eternally underrated Erich Wolfgang Korngold.

With that said, if I did have to pick some flaws it’s that, while most modern adaptations go too far in the ‘serious’ direction in an attempt to be taken seriously, this movie does go a bit far in the opposite direction sometimes and ends up being far too campy or cringy at points. I’m not entirely sure to what degree it was deliberate and what degree it’s simple cultural dissonance from the time, but it did tamper my enjoyment a bit.

Still, I will confess I did enjoy it a lot, campiness and all. And given the choice between a po-faced self-serious 21st century adaptation of Robin Hood, that seems embarrassed to be about Robin Hood, and a fun, campy, exciting action romp like this that stays true to the original legend, I’ll go for the latter every time. B+