You know, Antoine Fuqua is a director who I think has a very distinct, recognisable style. And, honestly, it’s not one I’m that fond of. For me, his movies are slow, overblown, grey and often lose my interest because of it, despite often having otherwise interesting premises. Both Olympus has Fallen and The Equalizer ended up being movies I should’ve enjoyed on paper, but liked a lot less largely because of that style. So I was a bit uncertain going into this movie. But, honestly, as this movie quickly showed me, that slow pensive style really makes Fuqua an excellent choice to direct a good Western.

Seriously, every piece of Fuqua’s style that I usually can’t stand just works here. The slowness works to create tense standoffs only to be fiercely contrasted with (and complimented by) the overblown action. The greyness helps create an old timey period feel that fits the mood and tone of the movie just perfectly. It all just works. I’ve never seen a directorial style more tailor-made for a certain genre than I have here.

Now, I’ll admit, a decent part of this movie’s position this high may be down my natural bias towards Westerns, but I honestly did feel this movie really did a good job of capturing the style of those old, gritty Spaghetti flicks. The heroes were morally grey, the villain was hammy while still remaining threatening, the action was fun while still keeping a sense of gravitas, the side cast was colourful, even the cheesier moments were great. Sure it kinda bungled the message of the original Seven Samurai, but it all still worked for me. Forget the Lone Ranger, I’d like to see more small budget Westerns like this, thank you very much. 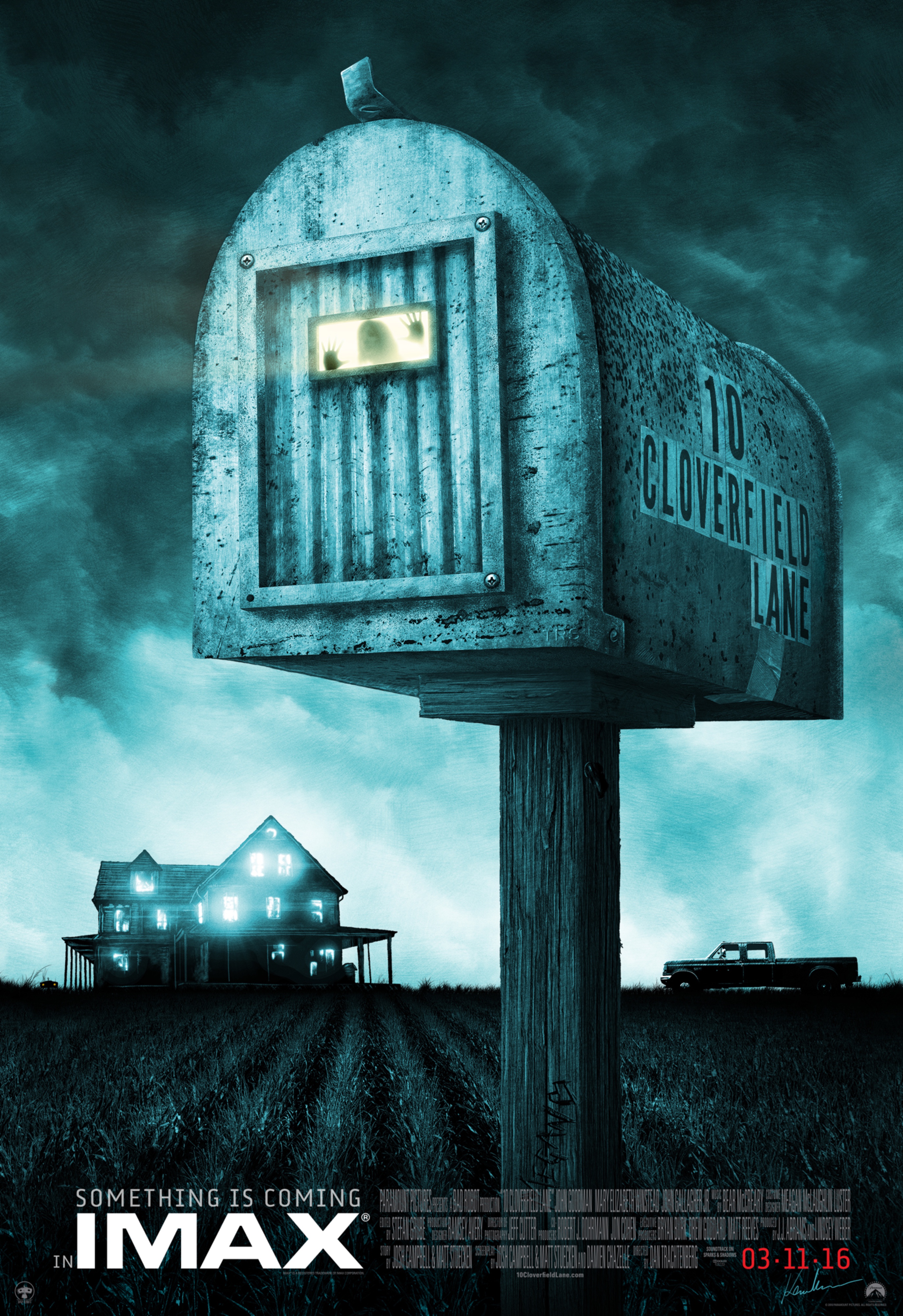 An excellent little thriller. Good premise, good acting (especially from John Goodman), good tension, good pacing, good almost everything. Even the controversial third act I enjoyed. Again, it’s a movie I honestly really don’t have much bad to say about. There were just 23 other movies I preferred this year. That’s all there is to it.

23. April and the Extraordinary World

Continuing deeper into my forage of foreign animated movies this year, comes this French-Canadian Steampunk adventure. I had my eye on this flick for a while and it did not disappoint.

In an alternate history where Napoleon’s descendants rule France and the world’s premier scientists have been disappearing (and the remaining ones are hunted down by the government), young April searches for clues as to her parents disappearance while working on a mysterious serum designed to create immortal soldiers. A large part of why I love this movie is the aesthetic. Steampunk is fairly underrepresented in animated movies and I’d really like to see a lot more of it. The streets of Paris, the ideas and inventions represented, all look great and are a treat to admire.

But even beyond that, the movie’s still a lot of fun. Honestly, the entire movie reminds me of those old adventure comics. Fun, sometimes silly and with a sense of timeless charm that’s impossible not to love. Plus it has a strong heroine, a solid side cast, some very nice animation and overall plenty to love. The only reason it’s not higher is because the climax is a bit of a letdown (and possibly a bit too out-there) but otherwise this is a fantastically fun watch.

While I was watching this movie, I was reminded of a semi-famous Alfred Hitchcock quote about suspense.

“There is a distinct difference between “suspense” and “surprise,” and yet many pictures continually confuse the two. I’ll explain what I mean.

We are now having a very innocent little chat. Let’s suppose that there is a bomb underneath this table between us. Nothing happens, and then all of a sudden, “Boom!” There is an explosion. The public is surprised, but prior to this surprise, it has seen an absolutely ordinary scene, of no special consequence. Now, let us take a suspense situation. The bomb is underneath the table and the public knows it, probably because they have seen the anarchist place it there. The public is aware the bomb is going to explode at one o’clock and there is a clock in the decor. The public can see that it is a quarter to one. In these conditions, the same innocuous conversation becomes fascinating because the public is participating in the scene. The audience is longing to warn the characters on the screen: “You shouldn’t be talking about such trivial matters. There is a bomb beneath you and it is about to explode!”

Hush all but personifies this ideal and is one of the rare gimmick horror movies that I think actually really works. See, normally in slasher movies, the terror comes from not knowing whether the killer is near and if so where they are. With Hush the terror comes from knowing exactly where the killer is but also knowing that the deaf-mute protagonist has no idea. Seriously, there were few scenes this year as unsettling as the killer openly and audibly entering through the front door while our protagonist sits on the sofa completely oblivious. I get the impression that, were I watching this in a packed theatre, we’d be going full panto crowd ‘He’s behind you!’ at the screen.

Unfortunately, it gets a bit less interesting and bit more tradition ‘home invasion’ horror after the killer reveals himself but unlike Don’t Breathe, it still maintained some interesting tricks with its gimmicks and at least kept my attention for the entire runtime. The killer is a bit of a one-note arrogant sadist but honestly that kinda makes the entire thing work. He has plenty of opportunity to kill the protagonist but doesn’t take it because he wants to amuse himself psychologically torturing her (which naturally backfires a few times). And we as an audience are left wondering when his patience will end. But anyway, while the movie doesn’t necessarily maintain the excellent suspense it had in the first act, it’s still more than worth the watch.

The lesser of the two Disney animated offerings this year (because does anyone seriously believe I’ve not seen Zootopia yet), Moana feels like a solid continuation on the path they’ve been taking with their ‘princess’ movies. I have to give credit to Disney animation for definitely trying new things and experimenting with these stories. In particular, it’s clear a lot of thought and development was put into Moana’s journey and character arc to try and give it depth beyond the standard animated Disney movie. Does Moana’s development completely come together? Eh… Not quite. Some bits feel a bit muddled or confused and the development was a bit poorly paced, but I give them credit for trying.

But still, the rest of the movie is a treat. I’m always fond of a good musical and Moana has some excellent songs in its mix. The animation is gorgeous, the story decent and Dwayne Johnson does a very good job as Maui (even if there were a few things about the character I felt were unsatisfyingly resolved). Ultimately, it’s more or less what I expect from Revival Disney. A solid movie through and through. Possibly not one I enjoy quite as much as other people but, hey, that’s something I’ve come to expect from Revival Disney as well.