A/N: Apologies for the brief delay in this entry. I was over in Glasgow for the weekend, attending the ‘Scotland Loves Anime’ festival, so I didn’t really have time to do write-ups. If you;re interested in seeing my thoughts on some of the movies I saw, I have write-ups for Penguin Highway, Mirai and I Want to Eat Your Pancreas already up on the site. 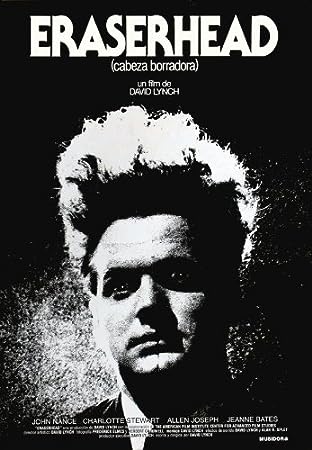 Okay, I joke, but I actually mean that in a very positive way. Eraserhead is one of the most famous surrealist movies out there, as well as being David Lynch’s directorial debut and it has a pretty strong reputation for its atmosphere of weirdness and horror. And I can see why because this movie is really good. Like really good.

Honestly, surrealist movies tend to be a bit hit and miss for me. Sometimes they work really well, sometimes they just feel like they’re trying too hard to be random and end up feeling unfunny or uninteresting as a result. My view on this even applies to major acclaimed surrealist films. I enjoyed Holy Motors, but Un Chien Andalou felt dull and uninteresting, once the infamous eye slicing scene was finished. However, I honestly think I enjoyed Eraserhead more than any of those movies. Because it really is something spectacular.

A large part of why this movie works so well comes down to the sound design. Now, I will admit that, like most people I expect, I’m really not the sort of person who tends to pay that much attention to sound design or care about it too much. Hell, I’m still not 100% on the difference between Sound Design and Sound Mixing. So needless to say, it takes a really good example of sound design to make me sit up and go ‘Holy shit, the sound design in this movie is amazing’. And, to be honest… Holy shit, the sound design in this movie is amazing. Almost every sound or note or clunk or cry is designed to just leave you unsettled, create an almost oppressive weight and atmosphere over you. The guttural distressed cries of the ‘baby’ were slightly inhuman, yet close enough that they still seemed to actively hammer on that part of my hind brain that dislikes children crying. The overwhelming throooooms during particularly dramatic moments seem to almost press down on you like a slowly descending weight, it’s truly an outstanding example of how sound design helps a movie.

However, it’s not like the sound design is all there is to the movie. The cinematography is equally outstanding, taking full advantage of the film’s black and white nature to create a dark dank environment that’s defined by its heavy use of shadows and this distinct unshakable feeling that something seems… off somehow. It’s also an excellent showcase of practical effects, especially in regards to the ‘man-made turkey’ and baby puppet. Apparently to this day nobody is entirely certain how Lynch created said puppet (which is never a good sign) but it looks amazing and unsettling and everything it needs to be. And as small as the cast of the actors are in the movie, each of them does a fantastic job, capturing the weird, slightly uncomfortable mood that Lynch was aiming for perfectly.

Personally, a large part of the reason for me as to why the movie worked where other surrealist movies didn’t, is that all the surrealist elements in this movie, while weird and bizarre, all seem to strangely fit within the world and atmosphere that the movie creates. It doesn’t feel like weird shit is happened for weird shit’s sake, it merely feels like this world is working perfectly and every action makes sense in its own messed-up way, just to completely different laws and dynamics than ours. It’s a truly fascinating look into an almost alien environment.

Honestly, no joke, I genuinely think I enjoyed this movie more than any other horror movie I’ve watched for this month thus far. It really gripped me in a way that few others have and refused to let go until the very last minute. It’s uncomfortable in the right places, creepy in all the right ways and never goes too far into the surrealist stuff that it becomes uninteresting. I can entirely see why this movie has grown so popular and beloved and entirely recommend it to anyone interested in seeing more.

Was it Scary?: More in terms of oppressive atmosphere and uncomfortableness than open scares, but yes.

Was it Silly?: Yes and no. It is a surrealist film after all.