Okay, this was kind of a massive surprise to me because I had absolutely no expectations for this film. To me this just looked like ‘Awful American Sex Comedy No 162’. But, it ended up getting surprisingly good reviews and I was feeling curious, so I decided to check it out and, surprise surprise, I genuinely really loved it.

Okay, this was kind of a massive surprise to me because I had absolutely no expectations for this film. To me this just looked like ‘Awful American Sex Comedy No 162’. But, it ended up getting surprisingly good reviews and I was feeling curious, so I decided to check it out and, surprise surprise, I genuinely really loved it.

Really, a large part of why I enjoyed it, like Sgt Stubby (which was not a comparison I ever expected to make) was down to its heart. For a comedy movie about parents effectively attempting to cockblock their kids, it has a lot of heart, genuinely likeable characters, nobody comes off as overly unlikeable and it has some excellent sex-positive messages about good relationships, be they between friends, parents (although not in that way) or romantic partners.

Admittedly, in terms of outright laughs, it’s probably not the most ‘ha ha funny’ comedy movie out there, but it’s really nice to see a sex comedy movie subvert a lot of the cringe, creepiness and usual awfulness of the genre and provide something both refreshingly likeable and still fairly funny in its own right.

Like I said, it’s a good movie and a fairly pleasant surprise for the year. Although it’s far from the biggest surprise of this year. No, that goes to the next movie on this list…

(Also, between this, Bumblebee and last year’s Ferdinand, John Cena has an uncanny ability to pick movies that seem like they’ll be awful but end up as actually surprisingly good. And he’s fairly good in all of them too, so kudos to him.) 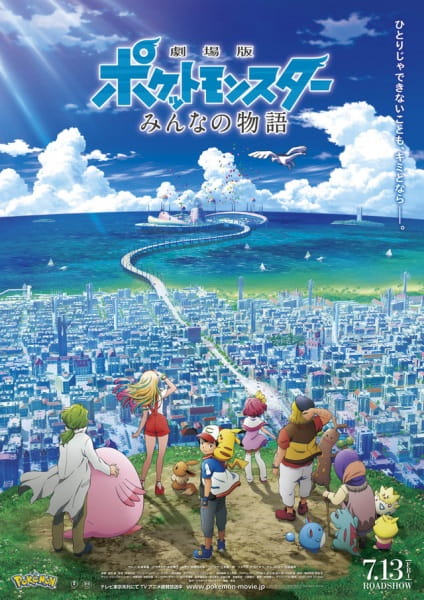 No, really. Really. Like Sgt Stubby, I’m being entirely serious here. And I can understand anyone elses skepticism about this ranking so high on the list. I had no expectations for this being anything more than a generic filler Pokemon movie, but what I was got was honestly a really fantastic movie that I just loved to bits.

Now, in case you didn’t know, while I am a huge Pokemon fan as far as the games are concerned, I have kind of a mixed relationship to the Pokemon movies. There are a handful I like, a handful that are guilty pleasures, but most of them are kind of… bad. Really bad. I honestly stopped watching them at about Movie 14/15 or so because they all started to feel so samey and boring and from what I hear about Movies 16-19, they weren’t exactly much better. (For the record, this is Movie 21 in the series). I did return for Movie 20 last year, since they made a big point about it being a bit reboot/retelling of the original Kanto anime (aka when the anime was actually good) and, if you read my end-of-year list that year you’ll know that I pretty heavily disliked it. But I’m also enough of a sucker for Pokemon that when I learnt my local cinema was doing a screening for this too, I decided to give it a shot.

And I am hella glad I did, because this was genuinely fantastic and everything I never knew I wanted from a Pokemon movie.

See, something I actually learned fairly recently was that the first 20 Pokemon movies were all directed by the same guy, Kunihiko Yuyama (which makes soooo much sense in hindsight, in regards to how uniform they all felt). This movie, on the other hand, is the first to be handled by a new director and trust me when I say it fucking feels it! It’s such a breath of fresh air to the franchise in every single way, from the writing, to the directing, to the characterisation, battles, premise, fuck, almost everything about it feels filled with passion and thought compared to how clearly stale the old movies had gotten.

The movie itself takes place during a big festival in to celebrate the Legendary Pokemon Lugia. Ash is naturally attending but, thankfully, the movie isn’t actually centered on him because he’s boring as shit and trapped in an eternal loop of never winning the Pokemon League and only being 10 years old. Instead, the movie is actually much more of an ensemble story, following half a dozen different original characters and storylines.

To list them all, there’s the former track star who’s a complete rookie to Pokemon catching, the shy introverted scientist worrying about an important upcoming presentation that he needs to give (in spite of being terrified of public speaking), the crotchety old woman who hates Pokemon but seems to attract them regardless, the compulsive liar/braggart trying to impress his sickly niece and show her a good time at the festival (who honestly ended up being one of my favourite characters by the end, in spite of how obnoxious that trope usually is) and the local mayor’s daughter hiding a big secret. All of these characters have their own arcs and stories and growth, all of which seem to weave together near perfectly within the storyline, bouncing off each other and leading to the big exciting finale. Even Ash, usually the pinnacle of ‘bland protagonist’ feels like an actually interesting character in this, working as the veteran trainer to other character’s inexperience.

If I had to pick any flaws in the film (aside from it being a bit cheesy in a few points) it’s probably that the focus legendary, Zeraora is kind of uninteresting. Certainly, there’s a lot of interesting stuff going on around him and with his story and the like (including a surprisingly mature message about whitewashing history) but the Pokemon itself isn’t the most compelling. Plus the climax, even as filled with great moments as it is) does feel like it goes on a little long.

Still, for someone fully expecting just another bland, by-the-numbers Pokemon film, this really was a massive surprise to me and in every positive way. I won’t exactly say it’s something non-fans can easily get into and it’s not without the occasional cheesy moment, but if you’re a Pokemon fan or vaguely aware of Pokemon as a phenomenon, I’d genuinely say check it out. You might be as pleasantly surprised as I was.

You know, one of the more common comments I keep hearing in response to this movie is that it’s a great movie to get high to. And I’m not entirely sure how accurate that comment is. Not because I don’t think this movie is trippy as balls, mind. On the contrary, my big problem is that I don’t think it’s going to make that much difference. Because it really feels like this movie already does most of the work for you in that sort of fucked-up trippy regard.

Seriously though, this was genuinely great. Strange, surreal, filled with gorgeously trippy use of colour and sound and filled with some real hardcore action and Nicolas Cage chewing the scenery in a way that actually really works for the film and helps accentuate its dark trippiness. Half the time you’re not sure if you’re in a dream or reality and it works all the better for it. It’s almost hypnotic in much of its use of imagery and, as often as you’ve probably already heard the term used far too often in reference to this movie, it really is a surreal drug trip of the best kind.

Also, I may have used the word ‘trippy’ way too much in this review. But you find a better word to describe it.