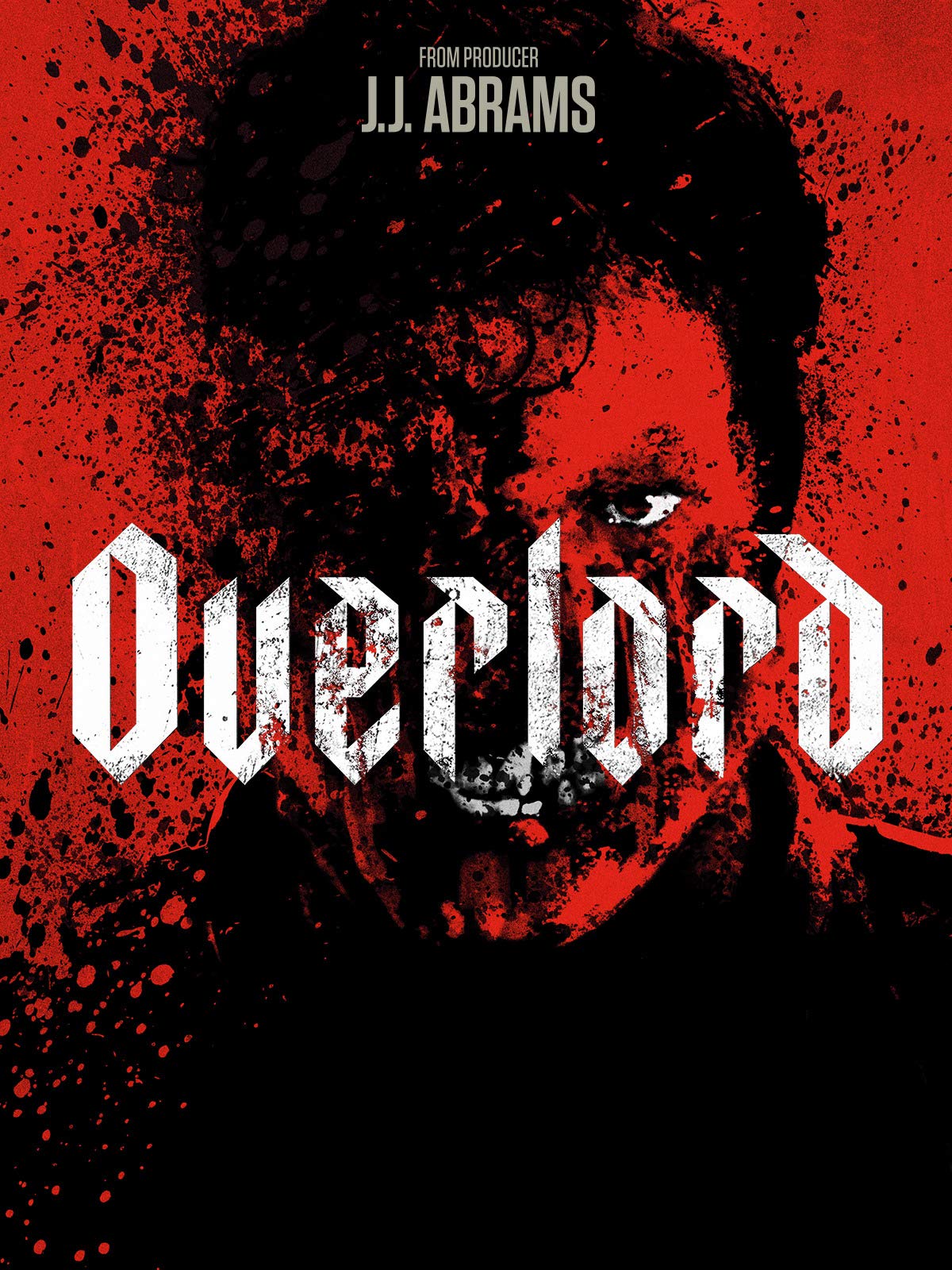 Okay, tell me I’m wrong, but this movie’s premise sounds like a schlocky straight-to-DVD bargain bin horror, doesn’t it? A bunch of US Commandos parachuted into France during D-Day discover a secret Nazi science lab dedicated to creating inhuman monsters. Hell, I’m 90% certain that is the plot of at least a handful of supermarket bin movies. But where this movie differs from those kinds of movies, is that it actually does justice to that premise and is a lot of great fun in the process.

Honestly, it’s almost weird how much this movie works both as a horror movie and a war film. From the tense pulse-pounding sequence at the very beginning of the film where the main character is parachuting into France while the fucking plane collapses around him, to him meeting up with his questionable allies and slowly stalking their way through night-time France, knowing that they’re fully surrounded by Germans and that the smallest mistake could get them killed, this movie honestly could’ve worked just as well if you removed the horror elements altogether and just made it a straight war-time action movie.

However, very fortunately, they didn’t and the horror elements in this are every bit as fun as the war elements. As well as being deliciously gorey and fucked-up. From Chase’s incredibly fucked up regeneration and the chaos that follows, to the disturbing remnants of the Nazi experiments, to the actual homicidal final results, the movie is filled with memorable imagery and fucked up effects. Special mention goes to the main Nazi Officer, who was already creepy as fuck before half his face got blown off. And while I would’ve maybe liked to have seen a bit more of the rampaging experiments in the big climax, what we got was still plenty entertaining enough.

It’s honestly a shame this movie didn’t perform better than it did because it really is a lot of fun. It’s the sort of movie where I knew what I was getting going in and it didn’t just meet my expectations but outright outdid them in the process with a movie that’s equal parts tense, fun and gory as sin.

In a lot of ways, Deadpool 2 very much follows the same kind of formula that the first movie put down. A quickfire of jokes, immature, gory and R-Rated, mixed with enough genuine emotion and pathos to ground it all with a surprisingly genuine heart beneath the surface. In fact, it’s very similar to the first movie in that regards.

And you know what? I’m good with that.

Seriously, why fix something that isn’t broken? Maybe at some point the formula or jokes will start to get tiring and samey for me, it could very easily happen, but it hasn’t done so yet, so I’m still plenty good with it. Is that a shallow approach to look at these things? Maybe, but it’s my honest feelings. As long as I still laugh and enjoy the antics on screen, I’m okay with it. And that was very much the case with this movie. It’s not really an evolution of the character or the format, just more of what made the first movie enjoyable. And that’s fine. 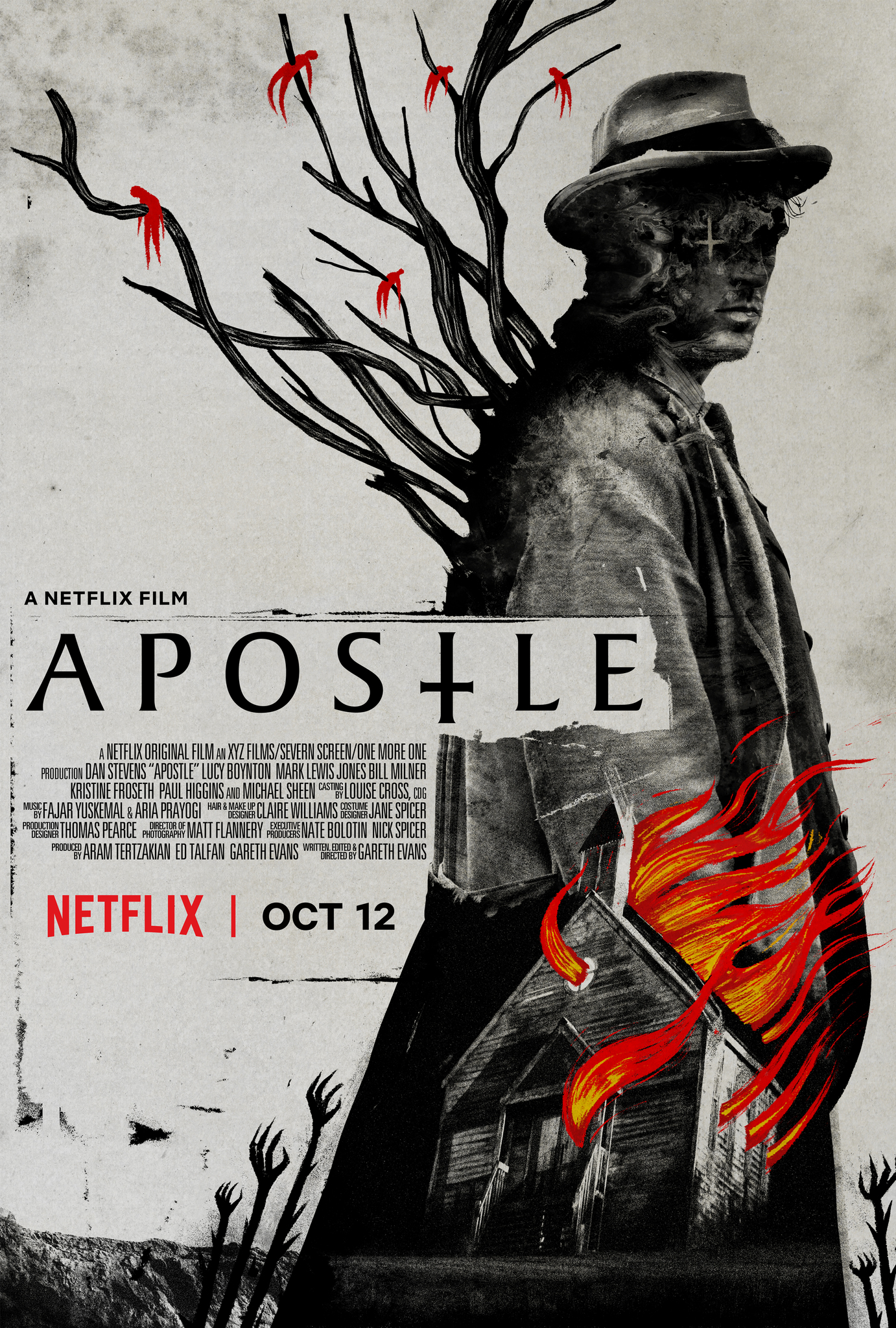 So apparently the guy who directed The Raid can make good non-action movies too. Whodda thunk it?

Seriously though, this was a damn enjoyable little film. More tense, slow and atmospheric, where the Raid was fast and frenetic, this movie reminded me a lot of the Wicker Man (the good version, not the ‘Bees’ one) and in almost every good way. Dan Steven proves once again why he’s one of my favourite working actors and works brilliantly as a grim everyman attempting to rescue his sister from a mysterious cult. The side cast is also great from Martin Sheen’s ‘true believer’ to the more violent and psychopathic Mark Lewis Jones, who is arguably more frightening than much of the supernatural stuff in this movie. One particular death in particular is liable to turn your stomach badly.

Admittedly, in terms of horror, it’s much more interested in providing a slow burn and surreal imagery than going for active scares, but that’s not a negative. And when it does go for the horror, it’s pretty damn effective. From Dan Stevens being chased through an underground river of blood and viscera to the poor sod who slowly gets a drill through his head, there’s a lot here that will really stick with you.

But yeah, once again, this was a great way for director Gareth Evans to show that he isn’t just a one-trick pony. Count me intrigued to see where he goes with his next film.

(Also, I swear to God, the guy in that poster looks like Sylvester Stallone to me and I can’t stop seeing it.)

17. I Want to Eat Your Pancreas

I mentioned back when I covered ‘Sorry to Bother You’ that this was a very good year for movies about race and next up in that roster is this movie. It would’ve been so easy to take a premise like this and just turn it into a simple ‘Black guy embarrasses crazy racists’ sort of flick. And, in fact, it is fairly easy to ignore the subtext and just read the movie as like that. But this movie goes so much deeper and manages to create both a much more nuanced exploration of race, while also puncturing a large hole in the clearly flawed idea that we’ve now reached a ‘post-racial’ society. It’s the sort of movie that seems fairly basic at first glance but, like a lot of Spike Lee’s movies on race, has a lot more to say beneath the surface.

In particular, I really liked the movie’s nuanced commentary on the police in this movie, in regards to how they treat race. The main character is a policeman, so you’d naturally expect the movie to be pro-police, minus the obvious ‘bad apples’ that are cartoonish racists. And while a lot of that does end up being true, there is in fact a cartoonishly racist police officer who ends up getting his comeuppance at the end of the film, it’s shown that the actual flaws in the police in regard to race run much deeper in the system, from the precinct captain’s insistence on investigating the various ‘black power’ movements that are shown to be loud with fiery rhetoric but without much actual threat to them (rather than the local KKK chapter, members of whom are actively plotting terrorist attacks), to the boneheaded incompetence like sending the sole black cop to protect the KKK rally, to the ultimate shutting down of the investigation in spite of its clear successes. It’s not just one cartoonish racist cop who’s the problem, the rot begins much further up.

Even the main character himself is not shown in a fully golden light, for his deeds in infiltrating a black power movement while undercover and it’s left deliberately ambiguous to the audience whether or not he’s in the right to stay working for the police. And, as mentioned before, there’s a lot about this movie that’s easily applicable to modern day. From the clear in-your-face references like ‘Make America Great Again’ to the subtler stuff woven throughout the movie. It’s the sort of film where you can find meaning both on the surface and under, if you care to look.

So yeah, once again, this was a really damn good movie. It has great acting, a lot of good tension and humour and some really powerful moments, especially the white power/black power bit. It’s not my favourite in regards to movies about race this year, but it’s still pretty damn high up near the top.