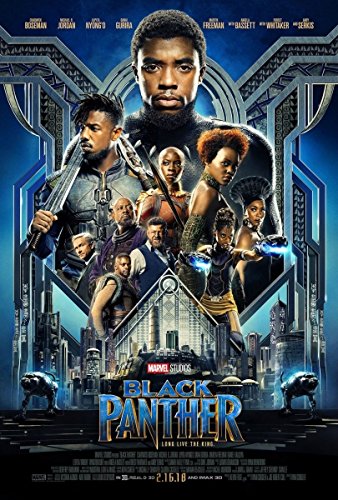 Do I even need to explain this one?

…Well, okay, apparently I do because I tend to hear a lot of people whining about this film nowadays, especially as it goes from incredible success to incredible success. You all know the sorts. ‘Wah, it only got so much attention because of the black cast.’ ‘Wah, critics only pretend to like it because of race.’ ‘Wah, it only got a Best Picture nomination because the Academy wants to pander to populist audiences.’

But hey, how about this? Maybe the reason it broke so many box office records, made so much money domestically and worldwide, scored so incredibly highly among critics, made its mark upon popular culture and was ultimately nominated for Best Picture is because… shock of all shocks, it’s really damn good!

Really, it would’ve been so easy for Ryan Coogler to play it safe with this one. To sit back, do a basic origin story and watch the Marvel bucks roll in. But instead he went further than I think anyone ever expected him to, using the format as a way to explore deep-seated racial issues, to create a unique afro-centric sci-fi culture, to fill his characters with so much nuance and meaning and to have just as many amazing female characters take central stage as the male ones. While I legitimately love 2017’s Wonder Woman (even the controversial third act) I couldn’t help but feel it shied away a little from any really deep exploration of feminist ideas (which isn’t necessarily a flaw) but Black Panther embraced the racial questions and implications at the heart of its premise and used it to create a narrative that was both strong and meaningful.

Honestly, I could (and occasionally have) write entire fucking essays about just how much I love the storytelling in this movie. Because I really really do. Even if it slips a little in the third act (much like Wonder Woman) it’s just so filled with interesting ideas and deeper meaning and the sorts of things I never realised I wanted to see in a superhero movie. And even if it isn’t ultimately my favourite superhero movie of the year (or even my second), I still think it’s entirely deserving of every accomplishment that goes its way.