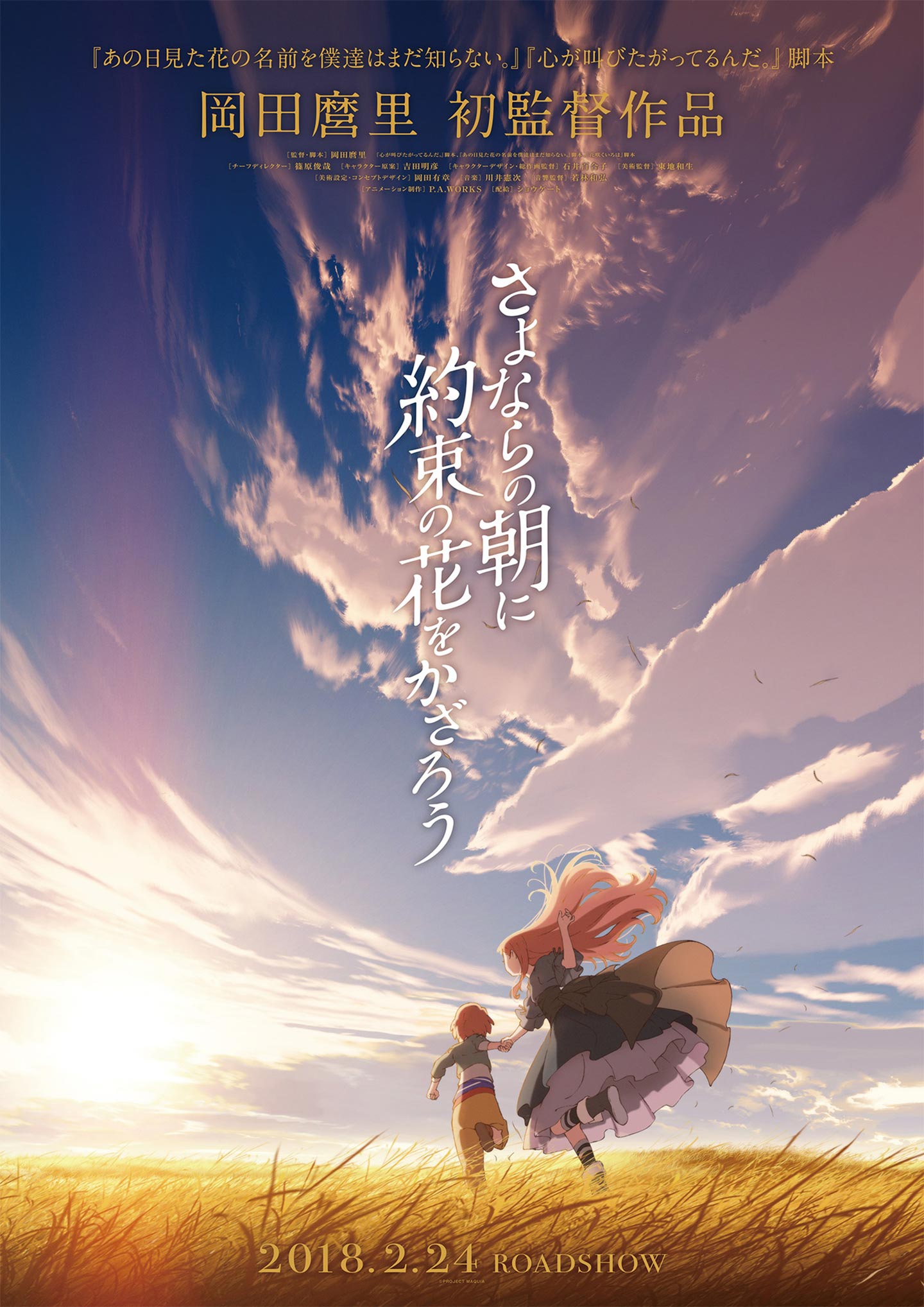 Sometimes a GIF can convey thoughts more about a movie than mere words ever could. And in that regard, behold an accurate summation of my initial reaction to Maquia: The Promised Flower Blooms.

Seriously though, I don’t think it’s unfair to say this movie got me somewhat emotional. In fact, I would go so far to say that this movie was a like a fucking nuclear warhead blast fired directly into each and every one of my feels. It somehow managed to push on every single emotional spot for me, parenthood, growing up, the inevitability of time and death, each one delivered with emotion-punishing force. This movie was fairly renowned anime screenwriter Mari Okada’s directorial debut and heavily based on her real-life estranged relationship with her mother, who raised her as a young single working parent, and trust me when I say you can feel it. Each emotional beat feels like it has real passion and meaning behind it, even behind all the fantasy flair and drama.

The movie itself follows Maquia, a shy young member of a secluded tribe of Iorphs, immortal blond child-like waifs, who is constantly overshadowed by her two friends and lacks self-confidence. However, when her homeland is attacked by dragon-riding humans, looking to capture a female Iorph to bring immortal blood to their royal bloodline, Maquia is left to stumble lost and alone. Shortly after, she comes across a baby, whose parents were slaughtered by bandits and chooses to adopt him rather than leave him to die, naming him Ariel. Of course, the fact that Ariel ages and grow and she doesn’t causes a lot of difficulty, especially when she’s caught up in an attempted rescue of one of her friends that gets… emotionally complicated. Naturally, it all leads to, well not exactly ‘tragedy’ but a lot of emotional things that stomp on my feels with a severe lack of disregard for my heartstrings.

Seriously, this is arguably the most beautiful looking animation of 2018. The fantasy landscapes and cities are just swimming with gorgeous artwork, looking like something out of a painting in almost every shot. It really adds a lot to the beautifully-melancholic atmosphere of the movie as the characters move from location to location in search of work or a place to live. The sole thing I will say is that the CGI dragons don’t look great though, but they’re thankfully not in the movie all that much.

I will say though, out of all the movies in the Top 5… hell, arguably the entire Top 10, this is probably the one that feels the most openly flawed. The fact that it’s trying to contain an entire lifespan within a 2 hour movie means that a lot of scenes and moments do get jumped over very fast and there are a lot of scenes, particularly in the middle, that feel like they lacked the appropriate emotional build-up to really make sense (although said scenes also felt like, in my mind, the ones most likely to be drawn from Okada’s actual life, so make of that what you will). But overall I’m willing to forgive it for that for just how high it reached and for just how effective and emotional the entire story was. From Maquia’s lonely early days to how her world changes again and again to the tragic and tear-jerking but inevitable conclusion, it all just worked for me.

Even the secondary side plot (which funnily enough seemed to be the significantly more epic plot compared to Maquia’s more simple down-to-earth drama) I thought was excellent with several minor stories that seemed to happening and developing on their own in the background. It takes what could’ve been a simple ‘Rescue the princess from the tower’ storyline and adds its share of dark and heartbreaking turns and twists, some of which even mirror Maquia’s own journey.

Overall, this movie isn’t perfect, but I’m willing to give it a pass because of just how much goddamn emotion it contained. I didn’t cry at any movies in 2018, but this came closest by far to getting me to do so and it left me in an emotional funk for most of the next day. And trust me when I say that’s rare. So yeah, I don’t know for certain if anyone else will get the same kind of experience I had during this (I already know a few friends who weren’t amazingly fond of it) but I’d still highly recommend it. It looks gorgeous and has a ton of emotion behind it